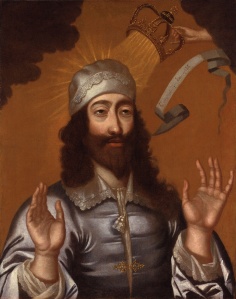 So, I said a few posts back that I don’t feel comfortable being asked to write with ‘famous’ people in spirit.  On this occasion I wasn’t asked to, but it happened anyway! The task was to write about two words – Royalty and Saint – with whichever communicator felt moved to do so. It was clear, when he came through, that this was a soul in reflection: someone who has not yet fully transitioned into their higher self and so retains many of their human characteristics and views. He certainly felt very strongly about the issue at hand! It also felt very much, to me, as if I had connected with John Donne, the 16/17th Century poet.

Royalty/Saint – with John Donne, a soul in reflection – February 2015

In my day, those of Royal blood thought themselves holy. Being elected by the Pope, or being the Head of the Church themselves, meant only one step between the human throne and the heavenly one. Or so it seemed to them.

Indeed, all Royalty in those days considered themselves elected by Divine Right. Their deeds were God given, God sent. They were above the laws of man and, although they were still subject to God’s law, many fell into the trap of confusing their all too human mistakes with the will of God.

How many kings and queens, then, felt in life that they were only a hair’s breadth from being divine themselves? How many dreamed that, in death, they might be revered as saints as well as remembered as wise rulers?

Such is the divinity of kings and such is the delusion. For no man, king or commoner, is a saint. Sainthood is a state bestowed by man, not God. If a man performs a miracle, it is not he but God performing the miracle. To do saintly deeds is merely to be an instrument of God. The most humble of men, helping his fellow man, is more a saint than all those whose bones were jealously guarded, whose relics were revered.

Look for the true saints among the common graves, among the unsung men. Each of you is capable of sainthood in your lifetime. To be kind today pleases God far more than to be worshipped tomorrow. Be not a king, be not a saint, be a kind man to please God. Amen.